Is the bachelor controlled by producers to get viewers? 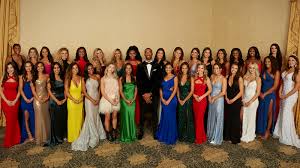 Previously on the bachelor… the bachelor himself, Matt James, is struggling at each rose ceremony to eliminate one of the girls that could become his wife. But one girl stands out more than the other and not in a good way. The girl’s name is Victoria, and let’s just say she shows some red flags.

This girl sees herself as the queen and Matt is her king; at first it seemed like just a dress up or an act just so Matt would remember her when she walked out of the limousine the first night. However, every day since that night she has kept up with this act. She will also do whatever it takes to get Matt’s attention or stand out so she gives the other girls that are a part of the competition for Matt’s heart a challenge.

Other girls start drama as well, but not as much as Victoria. She throws fits when other girls get dates, tells Matt that other girls are manipulative causing them to go home, and so much more in only three episodes. But, when they had the wedding photoshoot as a group date and Victoria was there, her queen act continued but Matt didn’t hug her like he did to the other girls, he looked like he was trying to pull away the whole time.

The real question is does Matt actually see potential in Victoria or is it the producers making Matt choose her to stay to start drama? Personally, the producers are the ones who get to pick the most dramatic girls to stay so drama is continuously poured throughout the show. Every bachelorette or bachelor has experienced a person that doesn’t mind getting their hands dirty. This can’t just be a coincidence, can it?

Producers tend to want more views and in order for more views, more drama must occur. But, sometimes the drama can be too much and drag out for too long. Therefore, they might be better off letting the bachelor or bachelorette choose who they want to create a better environment and less drama, since their viewings have decreased.

Next on the bachelor… Matt might be able to finally choose to have Victoria go home, or maybe he will decide he wants to be a king. The world may never know with the producers behind the screen.