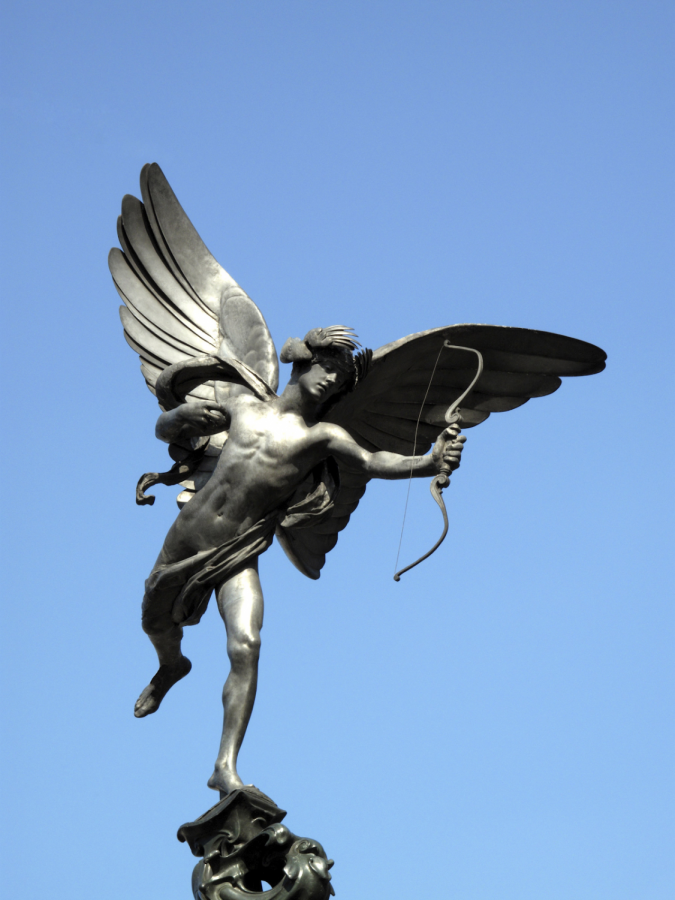 The statue of Cupid that represents Valentine's day.

“I’m looking forward to Valentine’s day because I’m having a Galantine’s picnic with my best friend and I’m so excited!” said Riley Curls (‘22).

“I’m not excited for Valentine’s day because I don’t have a Valentine,” said William Campbell (‘23).

“I’m excited for Valentine’s day because of the chocolate,” said Lily Pan (‘23).

Surprisingly, Valentine’s day has a dark and unsettling origin. The roots of this day go back as far as a Roman pagan fertility celebration called Lupercalia.  Each February 15th, Roman pagan priests would meet at a cave where the infant founders of Rome, Romulus and Remus, were cared for by their mother, who was a wolf. At this cave is where they would sacrifice a goat and strip its hide into strips. They would then walk through the streets and slap women and crop fields with said goat hide. They did this because it was said to make them more fertile in the coming year.

Later that same February 15th, all the women would place their name in a giant urn and the city’s bachelors would pick a name to become paired with for the year. Lots of times these matches led to marriage. This is similar and often compared to online dating and using dating apps.

By the end of the 5th century this day became outlawed as it was deemed “un-Christian.” Pope Gelasius put another holiday in its place on February 14th, St. Valentine’s Day. It wasn’t until much later that this day actually became associated with love. During the middle ages it was believed in both France and England that this day was the start of birds mating season. The oldest known valentine still in existence today was a poem written in 1415 by Charles, Duke of Orleans, to his wife while he was imprisoned in the Tower of London following his capture at the Battle of Agincourt.

As for Cupid, he has different roots in Greek and Roman mythology as the God of love. Cupid is often pictured as a naked baby shooting arrows to unsuspecting lovers. According to mythology golden arrows were used to incite love and it wasn’t until later that he began to be portrayed as a chubby little mischievous baby.  As for St. Valentine, he was a priest who served during the third century in Rome and performed marriages for lovers in secret when it was outlawed for young men.