Wrapping up the Season

Total recap of the 2021 football season. 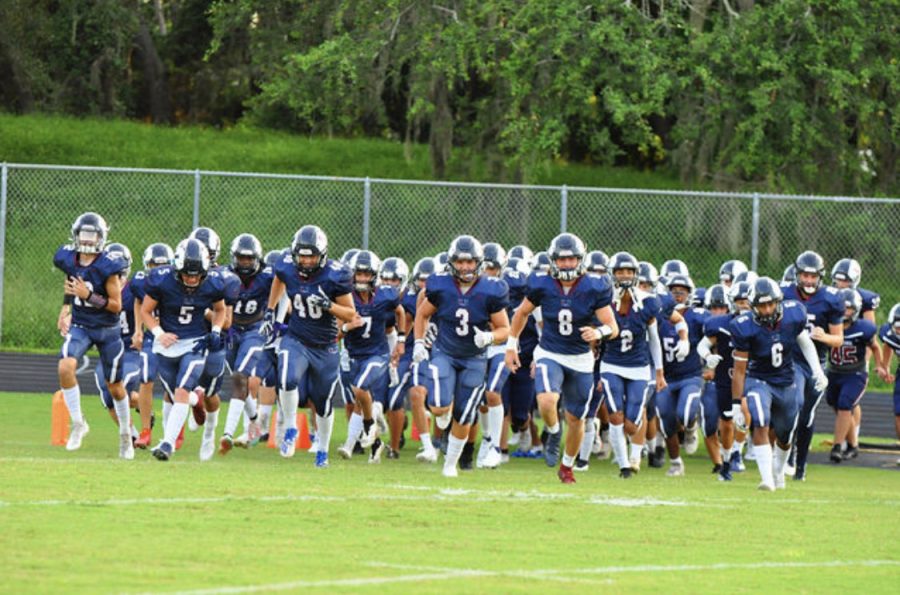 Varsity football team running out at the start of their home game.

Allyson May, Editor in Chief

As the last game is right around the corner, students are sad to see the football season coming to an end. For freshmen through juniors, they are excited for what next year holds for them. But for seniors, this will be their last goodbye on the field.

Varsity’s ratio is 4:6, with Dunedin being their last game. These players ended their season on a good note with a score of 43-0 against Dunedin. JV on the other hand, has a ratio of 3:4. JV had their last game on October 27 against Largo, completing their season.

“I don’t think our team did too great, as we should’ve done way better,” Alex Lynch (‘22) said, “The last games we shouldn’t have lost and we were scared to play the big teams.”

As it was a tough season for both JV and Varsity, the teams played as hard as they could each week, still progressing individually.

“I think our team did pretty well for the situations we were put in and the amount of guys we had. We made everything work to the best of our ability,” Erik Malyszko (‘22) said.

Since the season will be done for good for all players, especially seniors, they have put their thought into what they wished they had been better at.

“I wish we would’ve fought harder and not been afraid of getting hit. On the field that is what seemed to have happened,” Lynch said.

Moreover, Senior Bryce Schmid wished there was more intensity added into each practice to end in a better outcome.

But, through these difficulties, these players have built their bond stronger. The players believe their team is a family, and nothing can break their bond, through the ups and downs.

When it comes to next year, the team hopes next season will be better than before, working harder each day. For seniors, the next step of their life is next.

“I am planning to go into college and major in either business or finances,” Schmid said.

On the other hand, Malyszko wishes to go into kinesiology or a physical therapy program when going into college.

But when it comes together as a whole for next season, “I wish my younger teammates the best for next year,” Lynch said.

Each day is an opportunity for the players to work harder. We will just have to wait till next season to see what comes.