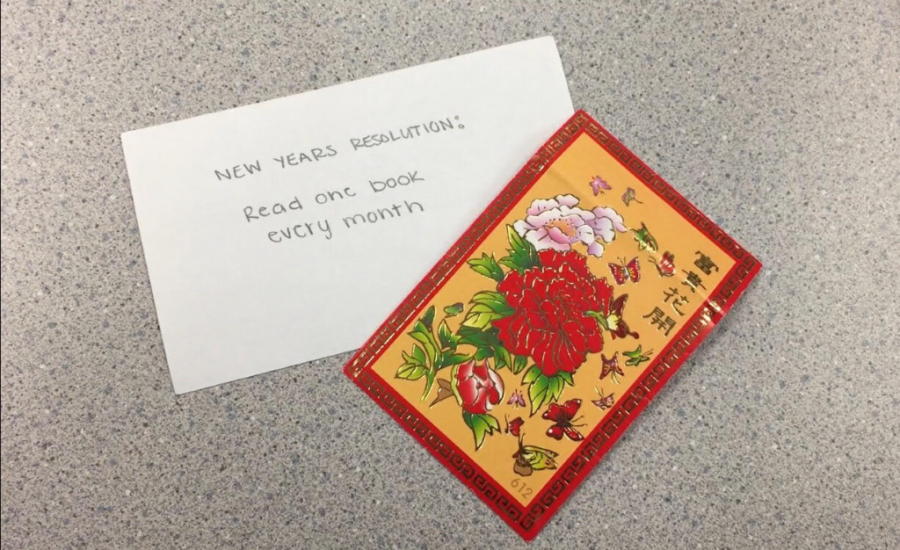 Cultural red Chinese envelope given out during the event.

On Friday January 24th the Principles Multicultural Advisory Committee (PMAC) held their first ever New Year’s celebration. The celebration was held in the teaching auditorium during second lunch. Attendees ate a multiple of multicultural foods and participated in fun New Year’s related games. The purpose of this celebration was to commemorate the new year and inform students about multicultural festivities and cultural traditions that happen around the world

One of the activities that happened during the event involved celebrating 2019 by writing down favorite memories of 2019. After students wrote their favorite memory on a piece of paper, they crumpled them up and threw them to the front of the room. After that, they got up out of their seats and read someone else’s paper. In this activity people were able to share a fun event and read about somebody else’s fun event. Although it is important to be excited about the new year it is equally important to celebrate the success of 2019.

Students were also given a red Chinese envelope and an index card. Typically, in Chinese culture, people are given an envelope with money in it to represent happiness and blessings in the new year, It is also common during weddings and graduations. Because there was no money to be given out to students, they were given an index card to write down their new year’s resolution. Students can keep them in the red envelopes and look at them throughout the year as a reminder to reach their goals.

A fun cultural food that was served was 12 grapes, a tradition that comes from Spain. It is common to eat 12 grapes, one at each stroke of midnight. It is bad fate for the Spaniard who risks skipping a grape.  Another fun tradition that was celebrated was a type of bread called Vasilopita that contains a hidden coin or trinket. There were two coins hidden in the bread that were given out, and finding a coin in the slice is good luck. There was also Lo Mein, a common Chinese dish.

“I liked the food. The coin bread was really good. It was tasty,” said Kissinger (‘23).

This New Year’s celebration was one to remember. Everyone enjoyed the activities and food. It was an amazing event and students were able to learn about cultural festivities from around the world.