Could the teams of Tampa Bay take home three out of the four sports championships this year? 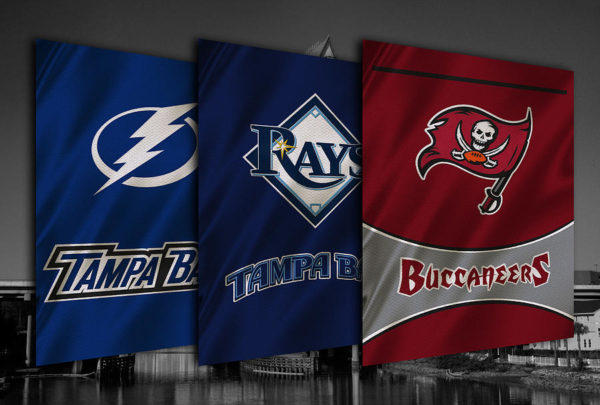 After the return of sports this season, fans have been excited to support their favorite teams. Most locals choose to root for their home teams of their respective sports. It may seem implausible, but it has happened before in a different city. In 1935, Detroit, Michigan took home all the championships, since the NBA wasn’t created until 1945.

Tampa Bay seems to have quite the possibility to have the same fate as Detroit in 1935. The Stanley Cup was brought home by the Tampa Bay Lightning on September 28th. The Tampa Bay Rays are officially in the World Series. The Buccaneers are looking pretty promising, being first in the NFC South with a record of 5-2.

The Rays have seemed to look like a whole new baseball team from last year. The Rays this season have a win percentage of .667 (two out of every three games), compared to the percentage under .600 in 2019, trailing the New York Yankees by seven games.

The Lightning has also had an improvement from the previous year, winning the Stanley Cup this 2019-20 season. This season, the Lightning really outdid themselves compared to the 2018-19 season, getting swept by Columbus in the first round.

If the Tampa teams don’t end up winning three out of the four major sports championships, maybe they could at least make it to the finals. They’re already two-thirds of the way there; they’re only waiting on the Buccaneers to make it to Super Bowl LIV.

The idea may seem out of the realm of possibility, but it has happened in history before. This year has been quite wild already, so this wouldn’t be as surprising. Could Tampa Bay clutch the trifecta?